Leading with your Tail-Lights

Leaders go ahead to show the way, but they need a way to alert followers if there is danger. Leaders guide others down a path toward success, but they need a way to let the organization know when it is time to turn. When days become dark and it's hard to see in front of you, leaders need some way to show us that they are still there moving everyone forward. 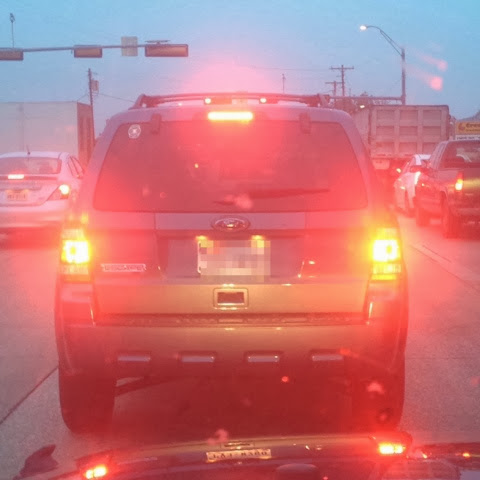 Every leader requires tail-lights just like the car in this picture. They need to be pushing the organization further ahead, but they also need some way to keep followers aware of when it's time to slow down or make a sharp turn. Nothing brings the traffic of followers to a screeching halt faster than a leader without tail-lights who suddenly slams on the brakes. Failure to notify followers that caution is ahead frustrates. Without brake signals, traffic comes to a screeching halt or even worse, to a massive pile up leaving destruction and frustration to all involved.

Tail-lights in leadership are extremely important. They keep followers safe and informed of what is coming up. A broken tail-light or busted turn signal is no good to an organization. Actually, they're unsafe for the entire organization because followers perceive the leader's erratic decisions as ulterior motives. Sadly, there are many leaders who operate without any type of warning signal. They just allow their organization to crash and burn behind them, and they don't see the importance of warning them when it is time to come to a stop.

Here are 4 tail-lights that you need to keep your followers moving forward.

Turn Signal
Leaders need to notify followers when they are about to turn onto another path. Sometimes leaders need followers to get back on the path of progress or they need to get off the road for a while.  So as not to confuse followers, they should warn followers that they will be taking a sharp turn in the near future and that the turn is purposeful.

Hazard Signal
Sometimes leaders are stuck on the side of the road with a major problem. So that they don't impede traffic, leaders need to turn on their hazard lights and let followers know that they have to stop moving forward while they deal with the problem at hand. Hazard lights also encourage followers to continue moving forward without the leader.

Communication is the most critical skill leaders have at their disposal. The better leaders are at communication, the smoother the flow of traffic will be for the organization. Often times, leaders are so caught up looking forward that they neglect to communicate frequently with those behind them. Tail-lights don't communicate frequently, but they do communicate when it is critical to warn followers that change is coming. Leaders must never forget that failure to communicate critical information will cause the traffic of improvement to crash and burn into a pile-up of dysfunction. The best way to keep progress moving forward is to ensure that you communicate with those who are behind you. That is if you want them to continue following you.