4 Ways to Get the Lead out of your #Leadership 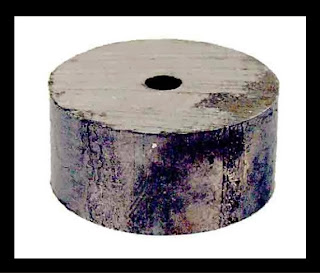 The problem is that there are two kinds of leaders, real leaders and lead – leaders. No, I'm not talking about lead as into lead an army. I am talking about lead as in the type that weighs down the organization, or they need to get the lead out of their behind. Both real leaders and lead-leaders lead, but there are some distinct differences in how they get the job done.

Here's a table of of Lead-Leaders and Real Leaders employs limits, model by example, use action and create a disciplined organization.  As you will see, there is a vast difference between the two leadership styles and their impact on the organization.

So which are you?

Leadership is probably the most over-defined yet most misunderstood concept in our culture. Everyone wants to be the leader, but few want to take the heat when scrutiny rears its ugly head. Real leaders do not vie for leadership. They are compelled to assume it. They're not obsessed with the power that it brings, but in the potential that it possesses.

Lead-leaders want the job and the fancy chair that goes with it. Their goal is to get the position and do what it takes to keep it, and typically that generally lies in preserving the status quo. In essence lead-leaders weigh down the organization by not allowing it to flourish and grow.

So which one are you, a real leader or a lead-leader?